Provide you with professional one-stop solutions for auxiliaries

An auxiliaries supplier with 20 years of professional experience 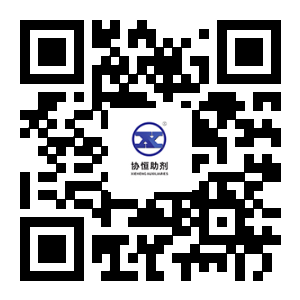 PVC, the full name of Polyvinylchloride, the main component is polyvinyl chloride, and other ingredients to enhance its heat resistance, toughness, ductility and so on. The uppermost layer of this surface film is lacquer, the main component in the middle is polyvinyl chloride, and the lowermost layer is a back-coated adhesive. It is a well-loved, popular and widely used synthetic material in the world today. Its global use ranks second among various synthetic materials. According to statistics, in 1995 alone, PVC production in Europe was about 5 million tons, and its consumption was 5.3 million tons. In Germany, the production and consumption of PVC is an average of 1.4 million tons. PVC is being produced and applied worldwide at a rate of 4%. The growth rate of PVC in Southeast Asia is particularly significant, thanks to the urgent need for infrastructure construction in Southeast Asian countries. Among the materials that can produce three-dimensional surface films, PVC is the most suitable material.

Pvc was first discovered in 1835 by the famous French scientist (Henri Victor Regnault). Then in 1872 another scientist in Germany (Eugen Baumann) discovered this new material. At the time, the pvc material was a white solid, which was extremely fragile and had no practical application. In the early 20th century, a group of chemists such as Ivan Ostromislensky and Fritz Klatte tried to change the fragility of pvc, making it a commercial product but ended in failure.

It was not until 1926 that Waldo Semon (BF Goodrich) of the United States synthesized PVC and applied for a patent in the United States. He solved the friability of pvc by synthesizing various additives, and increased the expandability of pvc materials. The basis for commercialization of products. In 1931, Germany began to produce pvc with the emulsion method. In 1941, the United States began to produce pvc by the floating method, and thus the pvc material related products began to be widely used in production and life applications. With the continuous development of technology, the current pvc production synthesis has been replaced by bulk synthesis, which makes it more efficient and costs are greatly reduced.

As mentioned above, PVC is a white powder with an amorphous structure. The glass transition temperature is 77-90 ° C, and decomposition starts at about 170 ° C. After 100 ° C or above, it will decompose to produce hydrogen chloride and further autocatalytic decomposition. It causes discoloration, and the physical and mechanical properties also decrease rapidly. In practical applications, stabilizers and other additives must be added to improve the stability to heat and light. This is called PVC modification. PVC products, whether injection molding or extrusion, especially PVC materials with special requirements, strictly speaking, the performance of PVC materials should belong to Customer-designed, especially designed to meet the needs of each user, providing PVC solutions. , that is, there are different formulations to modify.

In 1933, W.L. Simon proposed to use a high boiling point solvent and cresyl phosphate to mix with PVC to process into a soft polyvinyl chloride product, which made a real breakthrough in the practical use of PVC. In 1936, suspension polymerization of vinyl chloride and processing of PVC were developed. In order to simplify the production process and reduce energy consumption, the French Saint-Gobain Company developed the bulk polymerization method in 1956. PVC materials with special requirements generally need to be imported from abroad. With the continuous research and development and technical accumulation of major scientific research institutes and production units in China, the formula design and manufacture of PVC modified Hanyong plastic new materials have reached the international advanced level. It has completely replaced foreign imported materials, and many products have been exported to foreign countries. Because PVC will add stabilizers during production, but the stabilizers are non-toxic and toxic, only the addition of toxic stabilizers such as lead salts will cause hidden dangers. However, PVC products are mixed, and some small enterprises use lead salts as stabilizers, and it is difficult to meet relevant health standards.

The prohibition of lead in PVC materials is an old-fashioned topic. Since lead salt is a heavy metal that is harmful to human health, since the 1980s, developed countries such as Europe, the United States and Japan have successively proposed the ban on the use of lead salt, and have introduced regulations prohibiting lead. In the 21st century, the call for ban on lead in China's plastics industry is growing. The former Ministry of Construction announced in 2004 that the lead salt heat stabilizer was banned in the PVC pipeline for water supply used nationwide; in 2006, the “Measures for the Control of Pollution Caused by Electronic Information Products” issued by China also introduced lead in electronic information products. Heavy metals such as cadmium and antimony are subject to restrictions and bans; relevant industry organizations are also actively promoting lead ban work.。